Home  »  Beauty   »   The Prettiest, Glowiest and Best Beauty Looks From the Golden Globes 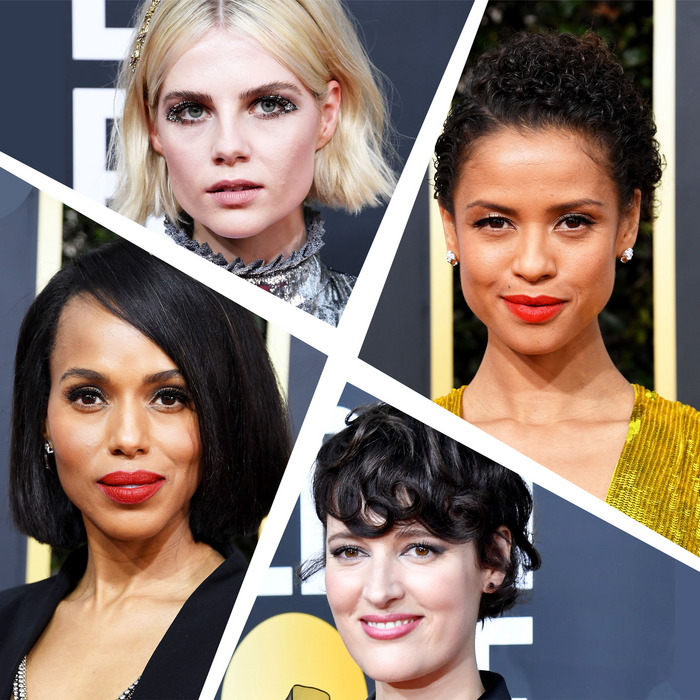 he Golden Globes is always the “fun” awards show – the one where the celebrities actually get to eat and drink as they listen to speeches, try to gossip off-camera, and wonder what Obama really thought of Season One of Fleabag, all while wearing sparkly things on their bodies and faces. Here are some of the best beauty looks of the night, starting with sparkle on Ansel Elgort (is he using Glossier?). Read on for a great lipstick choice by Kerry Washington, a nicely grown-out bowl cut by Charlize Theron, a spunky good hair moment by Phoebe Waller-Bridge and more. Never underestimate the attention-getting powers of a little shimmery shadow on the inner corner of both eyes as demonstrated by selfie-master Ansel Elgort. Phoebe Waller Bridges delivered a passionate monologue in Season Two of Fleabag about the importance of hair. This curly, swoopy chop proves she really believes it is “everything.” And here we have Charlize Theron’s bowl cut all dressed up for the red carpet. Glad it’s still doing so well. Kerry Washington’s red lip goes with everything: a bob, a sparkly eye, and even a boob-baring harness. Impressive girthy headbands took over toward the end of last year, and now Beanie Feldstein has made them red carpet official. 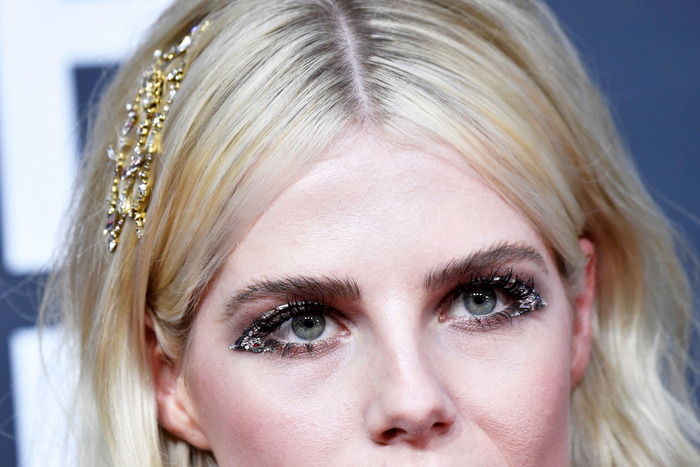 Looks like Lucy Boynton, Lucy Boynton’s makeup artist Jo Baker, and Lucy Boynton’s eyes are back at it again, ready to create another reason of unexpected, never-boring makeup looks worthy of a “Save” in Instagram. Baker worked with Chanel Beauty to create this design. Photo: Steve Granitz/WireImage
Get unlimited access to The Cut and everything else New York

Margot Robbie demonstrates that there’s nothing wrong with going a little too long between colorist’s appointments. 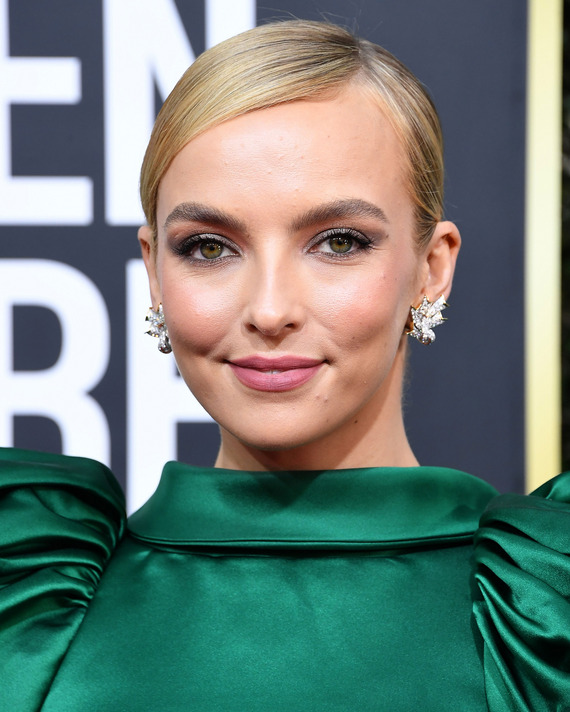 But really, why does Jodie Comers’ skin continue to glow? 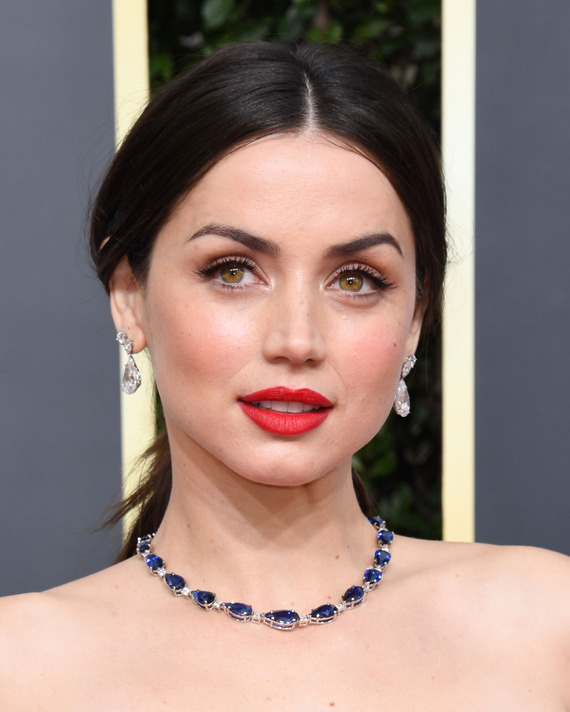 If your face-framing tendrils start to bother you, follow Ana de Armas’s lead and pull them back to keep your ears nice and cozy. Stylist Mara Roszak hit them with some Leonor Greyl Laque Souple hairspray to keep them in place. 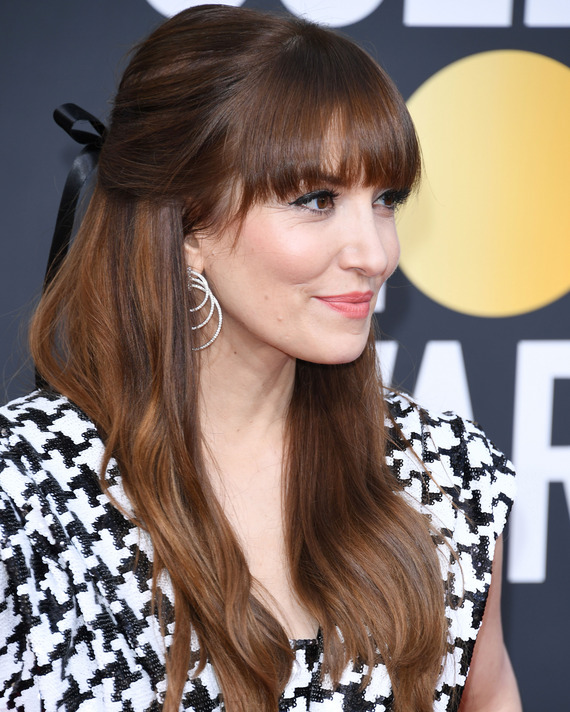 Lorene Scafaria wore two of last year’s most popular nostalgic accessories: a nice set of bangs in front and a hair ribbon in the back.

Best Case for Sticking New Things In Your Hair in 2020 When you want to stick sparkly things in your hair, but don’t want one side of your head to be jealous of the other.

Most Worthy of Being Turned Into an Instagram Filter 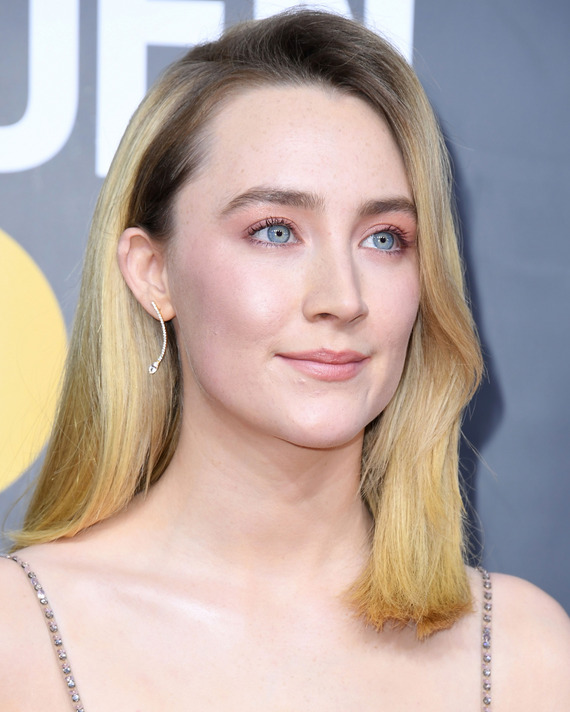 Saoirse Ronan’s rose-tinged eye makeup is perfectly blended and brings out her blue eyes, without looking anything like pink eye. You know how every so often at Fashion Week, they say the big trend is side parts and straight hair and everyone’s like, “That’s not reallly a trend.” Well, maybe it’s not really, but the smooth, sleek hair of Pierce Brosnan’s son, Dylan, does make you want it to be true. Updos can be a little old-fashioned, but Gillian Anderson’s looks polished without being musty. This is loose and pretty. If Zoey Deutch’s near-perfect bob doesn’t make you want to grow your summer bowl-cut back into a bob, we don’t know what will.