Saif Ali Khan and Kareena Kapoor spend a few days at the Pataudi Palace every winter.

Actors Saif Ali Khan and Kareena Kapoor recently spent a sunny and happy day with their son at their ancestral home, Pataudi Palace. Pictures from their recent visit to the palace have now gone viral on social media.

The pics show Saif posing at various spots in his luxurious place and fans just can’t get over the architectural marvel. The palace’s large halls and lush garden are giving the stars’ fans major envy and if you too want to catch a better look at the residence of the Nawabs, here are a few more pics.

The Pataudi Palace is situated in Gurgaon district of Haryana. It was built in early 1900s and is also called the Ibrahim Kothi. It was formerly a Neemrana hotel from 2005 to 2014, before it was repossessed and renovated by Saif in 2014. Since then, the actor and his family spend their winters in the palace and visit his mother, veteran actor Sharmila Tagore and his sister Saba Ali Khan, who live in Delhi.

According to a report in GQ magazine, the palace has 150 rooms including seven dressing rooms, seven bedrooms, seven billiard rooms with large drawing rooms as well as dining rooms. The construction of the palace was ordered by Saif’s grandfather Iftikhar Ali Khan. It was designed by Robert Tor Russell imitating the design of colonial mansions. Check out more pictures: 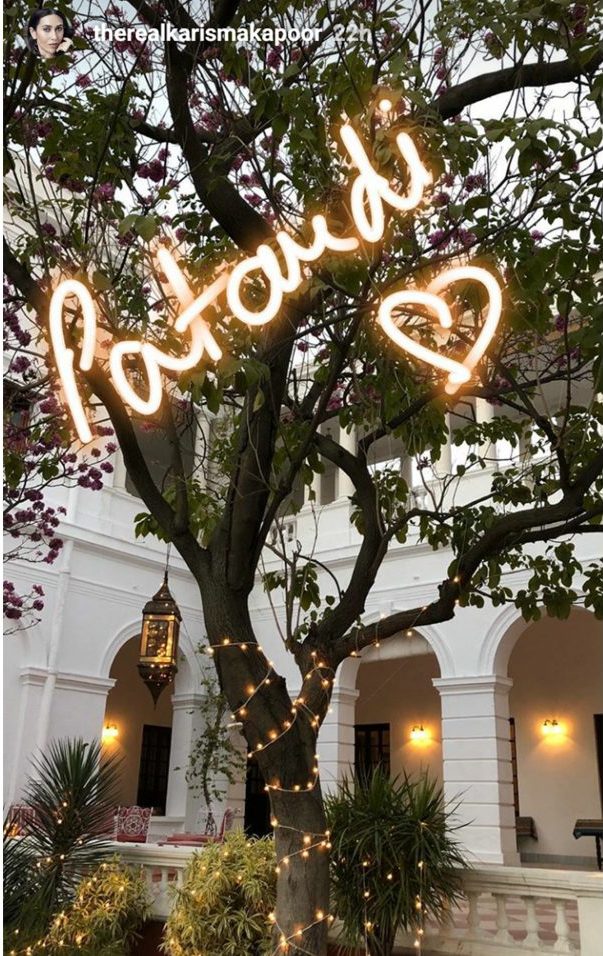