There wasn’t a dull moment in a show like this 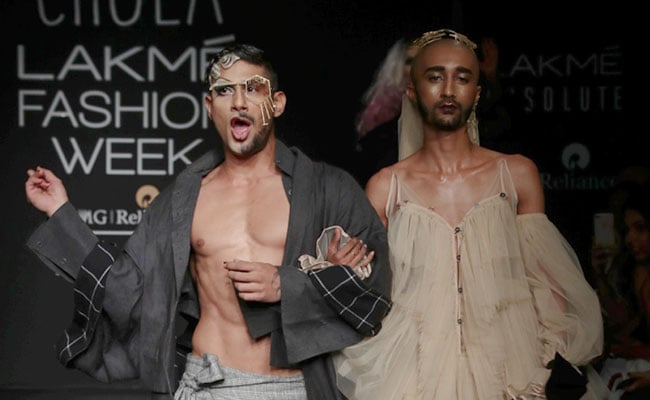 Prateik Babbar and Jason Arland at the Chola show

Like fashion weeks across the globe, Lakme Fashion Week has adopted a set of principles which are becoming increasingly vital in fashion and the world at large. Inclusivity is one of them. With the addition of a plus-size fashion show last season, Mumbai’s hottest fashion event showed the world that they were all for change in the industry and everyone was invited.

This time too, another aspect of inclusivity came into play when Chola showcased its new collection. Helmed by Sohaya Misra, Chola came into being at Lakme Fashion Week’s very own Gen Next platform two years ago. Since then, it’s been a celebrity favourite with the likes of Sonam Kapoor and Neha Dhupia donning the label. Chola has come to be known for its clean cuts, fluid shapes and flattering silhouettes. Their latest collection on day 1 of Lakme Fashion Week went ahead and pushed the envelope while sticking to what they do best. 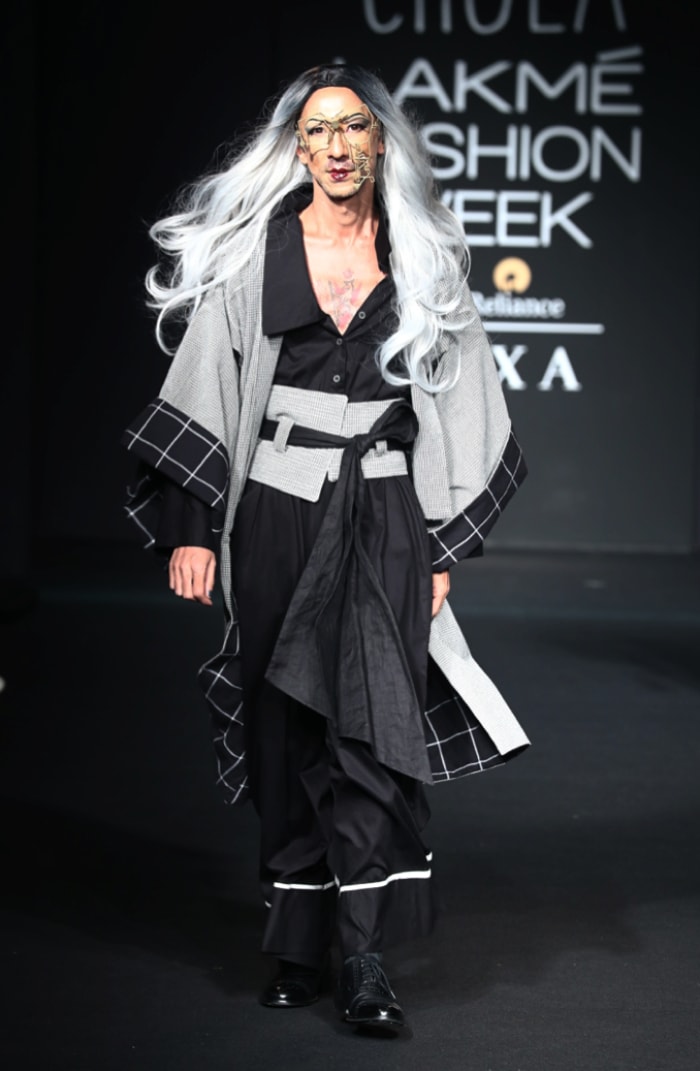 A model at the Chola show

Called ‘Bye Felicia’, Chola’s latest collection had themes of drag makeup and gender neutrality running through. While the favourite hues of ebony and ivory remained constant, consistent grey hues represented the exploration of one’s self. Menswear included frills and cropped cuts while womenswear had plenty of androgynous elements which properly shone a light on the neutrality of the collection. 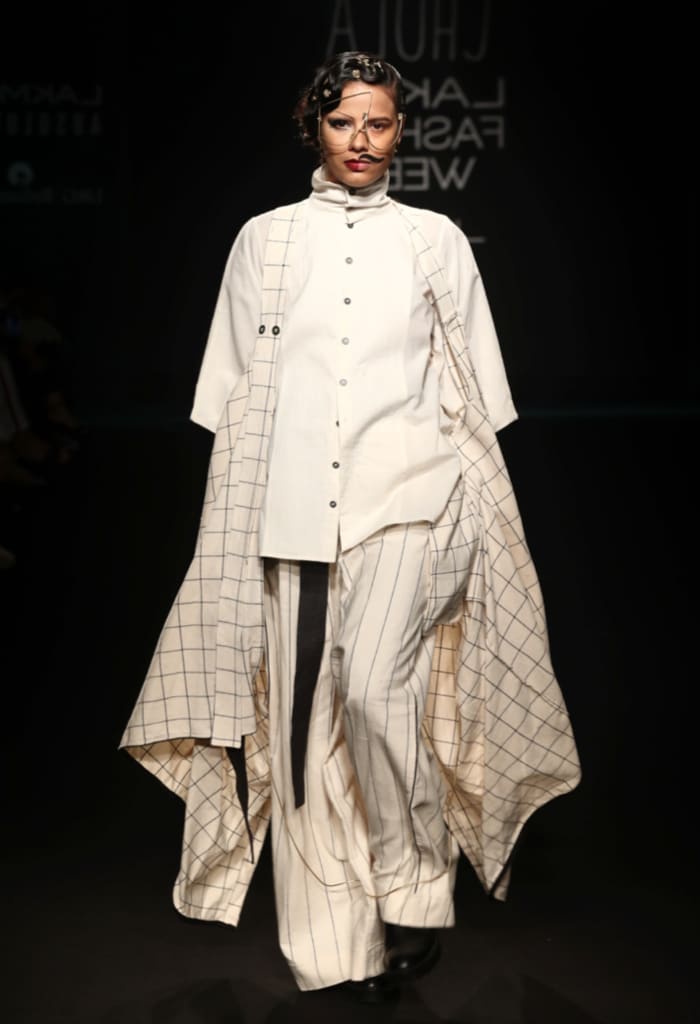 A model at the Chola show in a split gender look

Complementing it was drag makeup, a beauty theme that hasn’t been explored much in the Indian industry. Face accessories, flowing locks and fluid layers added to the collection’s theme. Sushant Divgikr also crooned his way down the ramp in drag. But the real highlight of the show was Prateik Babbar in a showstopping look like no other. In a split look that represented the dichotomy of male and female, Prateik walked hand in hand with a dress donning male model Jason Arland, complete with a veil.