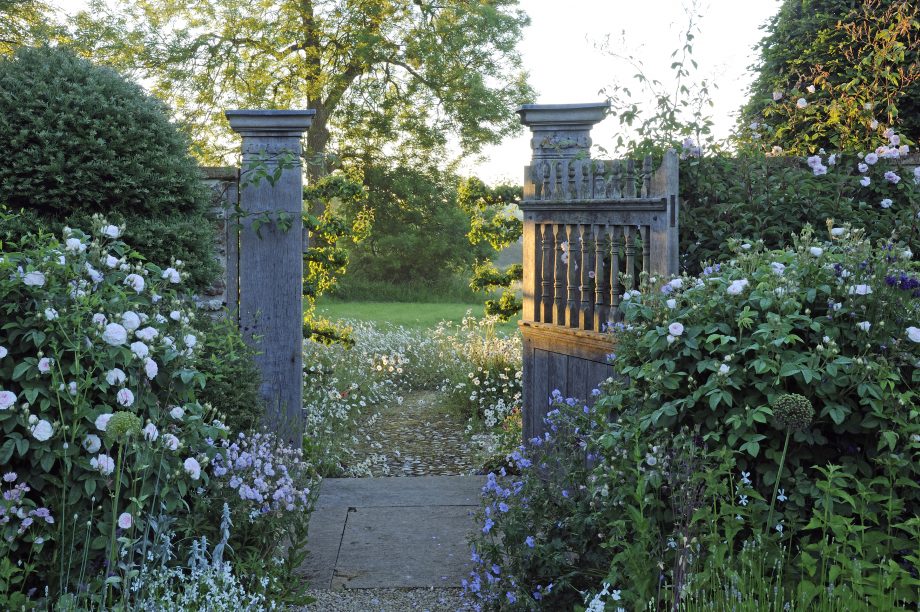 Celebrating the publication of her new book English Gardens, illustrated from the archives of Country Life, Kathryn Bradley-Hole charts the magazine’s extraordinary influence on our gardens.

Every search I’ve conducted through Country Life’s backstory, whether early or recent, reveals further layers of fascination. The first edition appeared on January 8, 1897, at the beginning of Queen Victoria’s Diamond Jubilee year, so the magazine’s weekly offerings, covering more than 120 years, present a unique and priceless record of the English gardening scene as it has unfolded. In that time, it has featured more than 6,000 gardens, from High Victorian formality in the early years to today’s freer styles and necessary ecological leanings.

At the time of Country Life’s launch, horticultural journalism had long been flourishing, under numerous periodicals including Amateur Gardening, Gardening Illustrated, the Journal of the Royal Horticultural Society, Gardening World, Gardeners’ Magazine, the Journal of Horticulture and the Gardeners’ Chronicle. Between them, they served the landed garden owner, the professional gardener and also the owners of much smaller gardens in the rapidly expanding towns and suburbs.

Looking down the mirrored herbaceous border in the gardens at Bramdean House. Photograph by Andrew Lawson/Country Life Picture Library.

Among these titles, there were articles by star writers of their day, including gardener-turned-publishing mogul William Robinson (1838–1935), the artist and plantswoman Gertrude Jekyll (1843–1932) and articulate head gardeners of their day, such as Edwin Beckett of Aldenham House, Hertfordshire and James Hudson, employed by the Rothschilds at Gunnersbury Park, Middlesex.

All of them were established writers and contributed articles for Country Life, but Robinson and Jekyll stand out as steering the course of English gardening in a new direction during the last quarter of the 19th century and the opening quarter of the 20th. 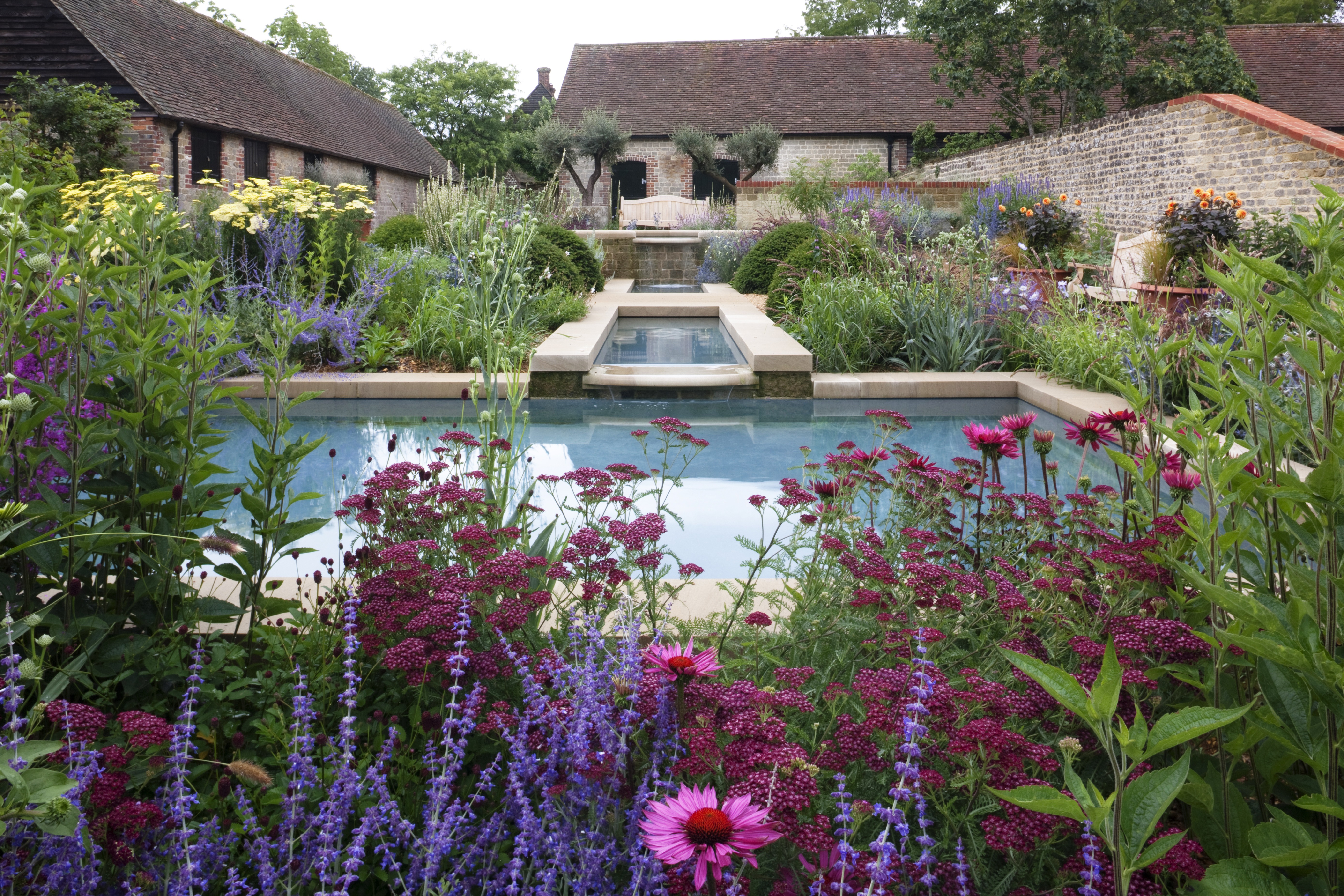 The garden at Woolbeding.

Jekyll, particularly, found in Country Life the ideal outlet for her theories on colour grading and artistic arrangements for herbaceous borders, topics she had been writing about in Robinson’s publications since the 1880s. Her first book, Wood and Garden, was published in 1899, the same year that Country Life’s founder and proprietor, Edward Hudson, persuaded her to write for him.

The creative partnership of Jekyll and her protégé, the young architect Edwin Lutyens, famously flourished in the pages of Country Life as articles (and books) described new Lutyens houses and gardens with voluptuous planting schemes by Jekyll. The freshness of their work and the high quality of photographic illustrations helped to lead the nation away from the stiff and costly formality of Victorian seasonal bedding schemes into freer ways, better suited to the brave new age of the motor car.

Jekyll’s colour-coordinated borders were regularly seen (albeit in monochrome) within Lutyens’s disciplined designs with their delightful geometric flourishes. 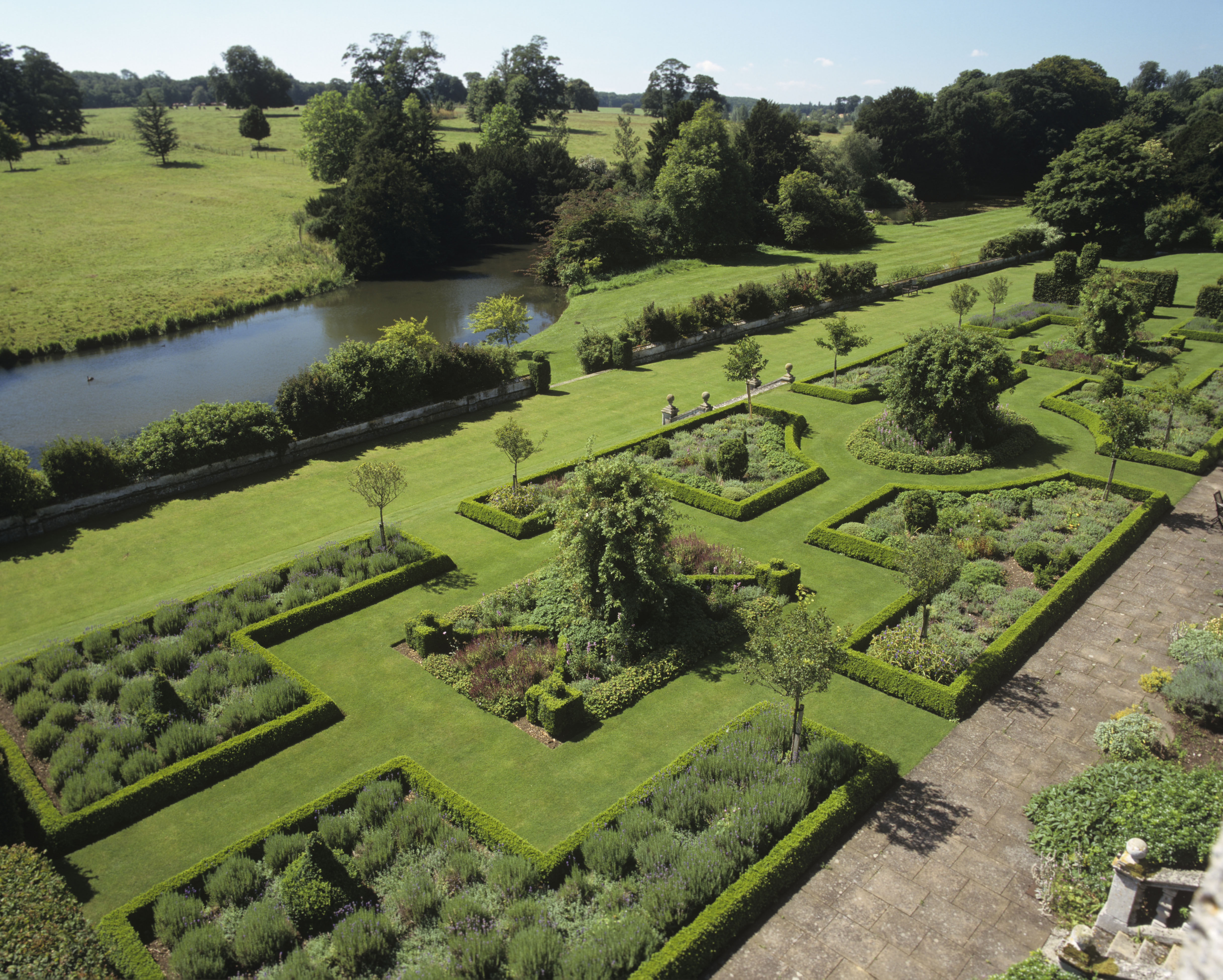 Another star in this early-20th-century pantheon was Robinson, author of The Wild Garden. Underscoring his declared dislike of architects and masonry, Robinson devoted editorial space in his own publications to his favourite topics – the herbaceous border, the rock garden and the ‘wild garden’ of shrubberies, copses, naturalised bulbs and bog gardens – themes that were widely taken up in early-20th-century gardens.

Robinson contributed numerous articles to Country Life, chiefly focused on the gardening he practised at Gravetye Manor, West Sussex, the Elizabethan house and estate he bought with the profits from his successful gardening publications. There was much cross-over of interest with Country Life, both ideologically and in business; Hudson acquired The Garden magazine from Robinson in 1900. (It became Homes and Gardens in the 1920s.) 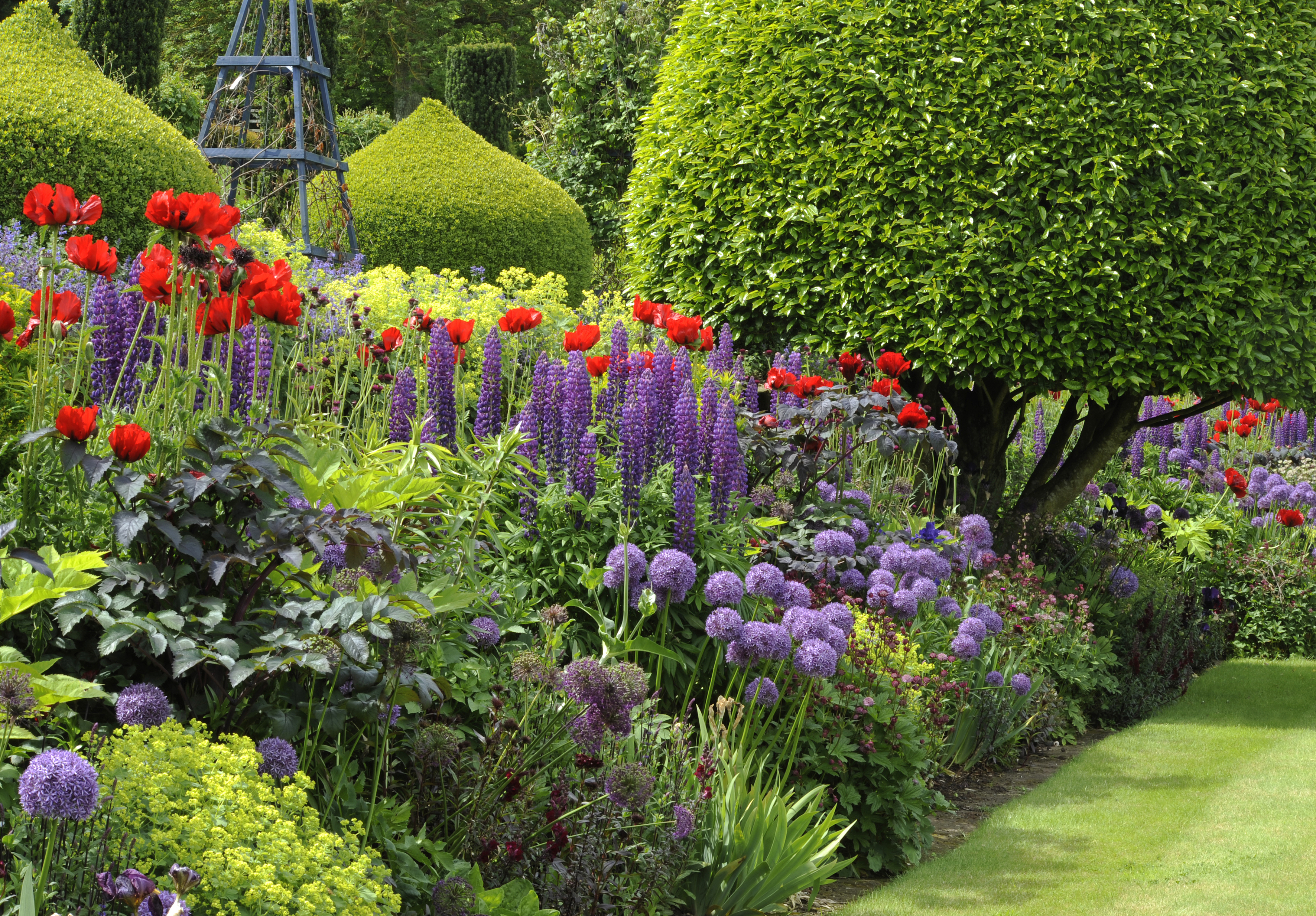 Indeed the Arts-and-Crafts Movement had an enduring relationship with both the magazine and English garden design. One of the most significant examples is Lawrence Johnston’s garden at Hidcote Manor, Glocestershire, begun after he arrived in 1907.

By the time it was revealed to an audience beyond Johnston’s own circle of friends, in two Country Life articles in 1930, the garden had matured and was widely admired for its daring open spaces juxtaposed with intimate ‘rooms’ of intense planting. Johnston’s friend, the American novelist Edith Wharton, described Hidcote as ‘tormentingly perfect’.

‘Country Life is rare in publishing, in that it has been welcomed, often exclusively, into many private and undiscovered gardens’

‘No garden made in the twentieth century has had a greater influence on the evolution of the art of garden design or home garden making,’ declared the eminent plantsman Fred Whitsey, Hidcote’s official biographer. Certainly, the hand of Hidcote touches the layout of another highly influential garden, at Sissinghurst Castle, Kent, begun in 1930.

As the century progressed, international Modernism began to feature in the pages. Mid-century Modernist gardens tend to be pared down, with, perhaps, a squared-up asymmetrical terrace and formal pool leading to an open expanse of lawn, as at Bentley Wood in East Sussex.

After the Second World War, the magazine followed the success of Margery Fish (1892–1969), who rekindled a love of cottage gardening with her best-selling book We Made a Garden (1956). Her laissez-faire, plant-centred style, tracing a line from Robinson, was taken up a generation later by the plantswoman Beth Chatto (1923–2018) and, in 1963, Country Life commissioned Christopher Lloyd to write a weekly column, which he did for more than 40 years. He delighted in shaking up readers’ preconceptions, memorably writing, in 1992, about replacing the roses at Great Dixter with a jungly, subtropical Exotic Garden. 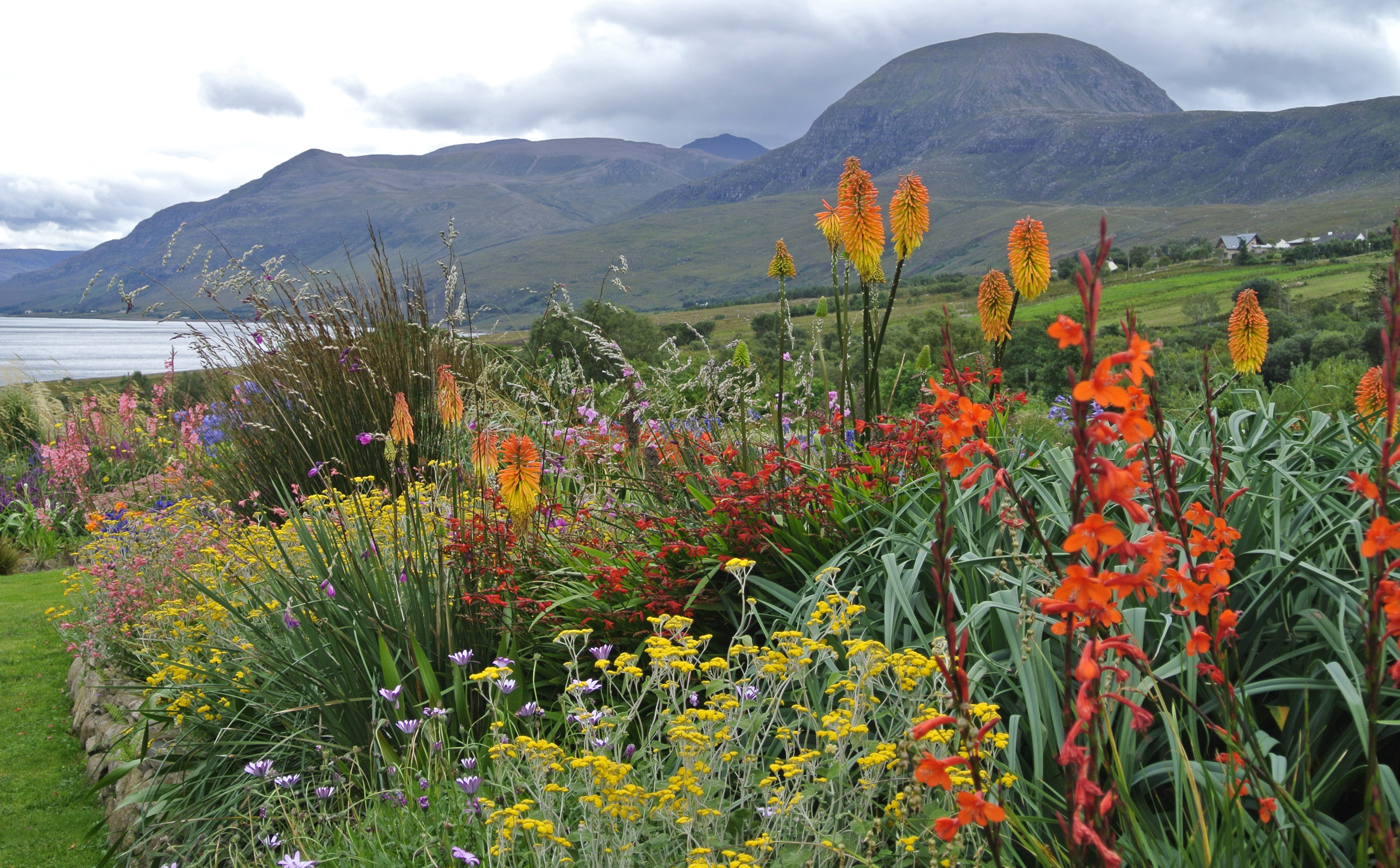 Close up of a section of the garden at 2, Durnamuck in Ross and Cromarty, Scotland with Little Loch Broom and the mountains in the background.

Country Life is rare in publishing, in that it serves a devoted readership that owns and lives in a very wide range of properties, including Norman castles, country cottages, Georgian rectories, Victorian villas, old stone farmhouses, grand mansions and city pieds-à-terre and the magazine has been welcomed, often exclusively, into many private and undiscovered gardens. As a result, all manner of topics have been covered, from between-the-wars Modernism to cathedral gardens, grass gardens, new landscape parks, roof gardens, stumperies and specialist plant collections, to name a few.

Underpinning it all, however, is the necessity for excellent photography. From its earliest days, when the priceless images by Charles Latham were produced on big panes of glass, to the present digital age, the magazine’s pictures have been taken by leading photographers who go to great lengths to capture the atmosphere of gardens great and small. Its hands-on founder, Hudson, would be delighted to see this, and reassured that his legacy continues to delight its worldwide audience.